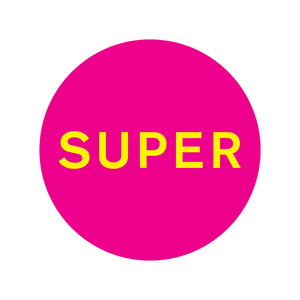 Naming an album “Super” is like asking for trouble. It somehow triggers the grumpy old man gene in me – making me search for weak points. The first single, ”Inner Sanctum”, was very promising – throwing us back into a timeless electronica clubland where Chris and Neil are the supreme wizards. The follow-up, ”The Pop Kids”, rendered me a bit ambivalent since I felt it was way too naive but still; keeping this band’s irony (including self-mockery) in mind it is still a decent track. And if this had been the only tune of this breed on the album, I would have swallowed it completely.

Album opener ”Happiness” points out the general direction of ”Super”, with it’s B-side structure and lack of completion. Yeah, the cyber linedance chorus is a bit charming but the track’s package is still too lightweight to be taken seriously. And this mood continues through most of the album, giving us a washed out PSB experience which, compared to e.g. the ”Yes” album, is like American decaf next to ristretto.

I first suspected that ”Super” might be a grower but even after a couple of weeks this release leaves me cold, like some important ingredient is missing. The overall sound is very mainstream, lacking of the very essence of the Pet Shop Boys (Soft Cell v 2.1 with a more sophisticated and less pretentious finish).

By all means; there are decent tracks here and I’ve found myself toe-tapping to ”Burn” on several occasions; a disco anthem which combines Propaganda lead synths with euro disco in a contagious blend.

While many of us are tempted to rule out the importance of this duo I still expect them to deliver. Compared to other bands of the golden eighties era they have presented relevant work very recently. I keep my fingers crossed for the next release, while I listen to the best tracks on “Super”.