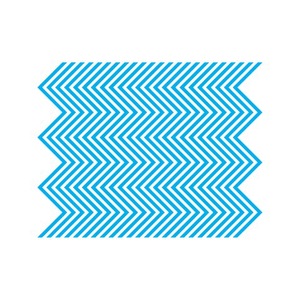 I didn’t understand “Elysium”. It was too restrained and “sober”, and didn’t grab me at all. Luckily, Neil and Chris have a tendency to react to their latest album by doing something entirely opposite. So now we get “Electric”, a bouncy and exhilarating dance record that makes me a happy lad indeed. We get to hear a revitalized Pet Shop Boys who have left their long time label Parlophone to spread their wings on their own label X2 instead, with help from Kobalt Label Services.

This is the first time they’ve worked with Stuart Price (also known as Thin White Duke, Jacques Lu Cont, Les Rhythmes Digitales etc) on a studio album, a big PSB fan who have worked with or remixed artists such as Madonna, Coldplay, Keane, Take That, New Order, The Killers, Kylie Minogue, Depeche Mode, Goldfrapp, Justice, Röyksopp etc etc etc. The list is looooong. He also reworked the live versions for the PSB “Pandemonium” tour. A busy guy to say the least, but I’m glad they brought him in because his eighties influenced production style fits the boys like a glove.

By now you’ve probably heard the first single “Axis”, a crazy instrumental that I guess no other band at their level would dare release as a first single from a new album. I think it’s a show of independence – “It’s our label, we can do what the fuck we want”. It set my hopes very high for the album, and luckily they are fulfilled.

It’s so heartwarming to hear the boys having fun again. Just taste the song title “Love Is a Bourgeois Construct” for example. Classic Neil. The song itself is a quintessential PSB dance song complete with classical influences, crazy whims and the most mental autotune effekt I’ve heard since… well, since Antares coded the bloody thing. Simply fantastic! This is the Pet Shop Boys I love! So you can imagine my surprise when they instead chose the Swedish House Mafia and arena house styled “Vocal” to be single number two instead. Maybe it’ll go down better with mainstream audiences, I don’t know. It’s my least favourite song on “Electric”, and in my humble opinion Neil and Chris could have picked a better single.

The entire album is filled with rousing dance tracks with glancing both into the future and the past, and there’s not a lull in sight. “Thursday” sounds like a modern version of something from the “Actually” era – I come to think think of “You Know Where You Went Wrong” – with the addition of British rapper Example on a short rap towards the end. This could be the next single! Or perhaps the immensely groovy “Inside a Dream” with the bounciest bass this side of the ocean. Or maybe the excellent cover of Bruce Springsteen’s “The Last to Die” from The Boss’ 2007 album “Magic” as the boys have a great track record with covers. We’ll see, maybe they will prove me wrong and have a huge hit with “Vocal”. It sure works great on a dance floor.

Well, I could wax lyrical about this album all day long, but I won’t. Suffice it to say that the Pet Shop Boys I fell in love with in 1987 are back, with new-found confidence and independence.