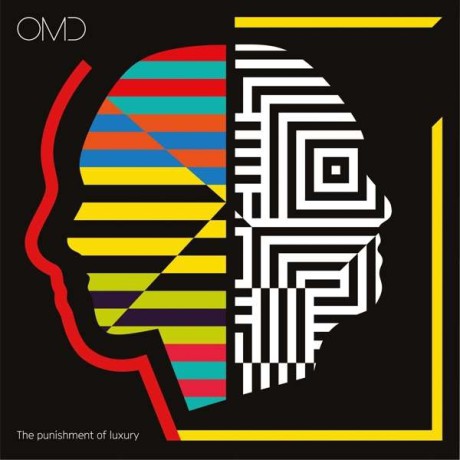 The Punishment of Luxury

“The Punishment of Luxury” is the thirteenth studio album of OMD and their third since their reunion in 2006. From the very first bars of the title track, it is unmistakably OMD. When the melody lead kicks in a dozen bars later it immediately feels like you’re back in classic OMD territory: a strong melody lead, a fat bassline, a cutting tight snare drum and of course the voice, overdubbed obviously, of Andy McCluskey.

We have been spoiled with the output since the reunion and my hopes were quite high for this release. In the end I think this release is the most uneven by the lot and it lacks obvious hits. The quality is generally high though and the production slick, almost to the point of being too polished or even cute at times. It might seem contradictory but for me it also the grittiest of them, as some tracks have a distinct industrial feel and bit and bobs sticking out in the midst of the melody wizardry. Historically I regard Paul Humphreys as one of the greatest electronic sound creators and the marriage with McCluskey’s bass playing and fantastic voice have always sent shivers down my spine. The spine shivering from this album is not non-existent but rare.

The highlights for me are “Ghost Star”, “Isotype”, “Art Eats Art” and “Robot Man”. The extensive use of vocoder and the vocal production, sometimes combined, is something I really like. I could do with one less ballad. All in all, a solid album well worth a place in the collection. It comes in various variants and the art references are plentiful and the artwork beautiful, as usual.