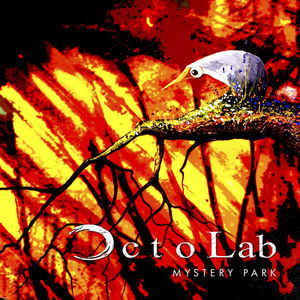 A pretty common cliché when it comes to reviewing electronic pop is to somehow mention the eighties. It is necessary in many cases and often done with great success, but sometimes it feels forced. Octolab claims to have been revisiting the past on “Mystery Park” too, but in all honesty, I can’t quite hear it. And that is a good thing.

Fredrik Lundvall Kindsäter has a long history in the Swedish synth scene with bands like Presto Fervant and Spektron. Beginning with EBM and gradually working his way towards synthpop, his work has been improving constantly.

With Octolab, he has found the perfect match in Arielle Andersson. Her voice brings both authority and tenderness giving them depth to vary their sound. They have never done that better than on “Mystery Park”. Club anthems and emotional ballads. Anger and sadness. Hope and despair. The album takes you on quite the journey. Musically, their brand of electropop sounds very contemporary and professional. A lot of work has been put into details and sounds and it pays off. Octolab is primarily synthpop, but their seamless excursions into harder and darker sounds give them an edge.

Latest single “Aim for His Head” is a blistering dance number and one of the best synthpop songs in recent months. “Mystery Park” also holds more laidback pieces, like “Blackbird” or the minimal, techno fused “Lack of Love”. Octolab did not convince me on the “To Be Continued…” EP, but this is something else completely. The first single off the album, “Petite Little People” (released on limited vinyl) promised great things. And that’s exactly what we get.