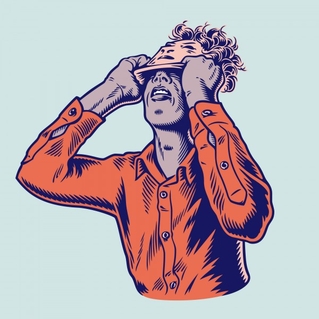 “II” marks the return of the 2 electronic acts (is it too early in their careers to call them a “supergroup” yet?) Mode Selector and Apparat. Both parts of the equation have enjoyed success separately, and also together thanks to the 2009 full-length debut (though if you look further back in the mists of time, there was also an EP release too). But has the extensive touring of the 2 acts (they have played a lot of festivals) left them a little flat?

A brooding beginning leads into a curiously upbeat vocal track, which is rather pleasant, though not really what I’m here for. It is “Versions” that begins the laconic love affair as the best elements of both artists meld together to provide a real late night club slow burner – a track you simply don’t want to stop.

From there, things continue in fine form – “Let in the Light” is lovely – as seductive a track as I have heard in a long time, and the muffled vocals are very atmospheric. It gently breezes by you through soulful echoes and light, breezy strings, the beat keeping your (tapping) feet tied to the floor. There are elements of the original rave stabs which obviously influence some of their work, but done in a smooth, controlled way as to make them almost soulful – a fist in the face for anyone who says electronic music has no emotion.

It is difficult for me to single out other tracks for elements of praise or criticism within this set, as I think they work so well together – if you don’t believe me, or doubt my integrity, just have a listen for yourself. OK, if I have to… I would say that the last band that I can think of that came close to the way they appear to work here – constantly evolving and changing elements, would be Underworld – yet Moderat are much darker, more industrial, they are the sound of the electronic underground with beats of steel.

Amazingly, this collaboration doesn’t seem to diminish the essence of the 2 artists, as you see with many other acts who try to join up (Aphex Twin and Musiq being a memorable example of this with the “Mike and Rich” album project). In fact I may even go as far as to say that Moderat makes perfect sense musically, and provides some of the finest electronic music I have ever heard. They have an unbelievable knack for keeping their music Berlin-cool, yet accessible to all – there’s no chance at all you could say they are selling out.

This is my album of the year without question – it’s that good. If I were to skip genres and think of this in terms of a sequel to a film, rather than a collection of songs – I would be eagerly awaiting the arrival of part 3 – as everyone knows the best sequels come in threes – so Moderat, here’s hoping…