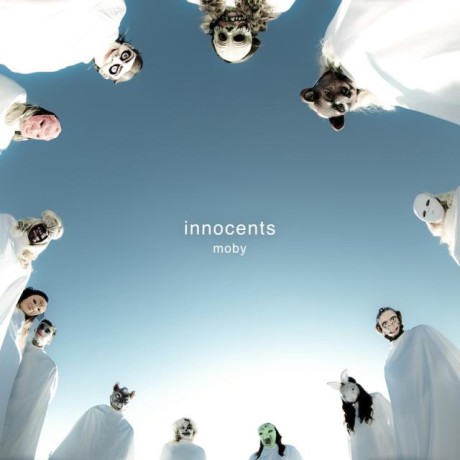 This is Moby’s 11th studio album. An amazing feat. An amazing artist. Moby has had the intial “young upstart” phase of his early career, with rave and techno being the main genres of choice. He has played the “pop superstar” role too, with the enormous success of “Play”. There have also been the dreaded concept albums (“Hotel” was previously reviewed here). However, times have moved on since the rave blasts of “Go” – whole scenes have come and gone.

Moby’s place in history is assured – but does he still have the impact of those previous long-players, especially in a genre known for its “blink-and-you-miss-it” attitude to musical trends. Put simply – is Moby still the cool kid on the block – or is he starting to look like the old man trying to be young?

Unfortunately I have to say that this album seems to be heading for the places “Play” once occupied, and is neither as vital, or as interesting as that disc. It has decent tracks, “Don’t Love Me” being an almost Beatles-esque moment of electronic 12-bar electronic rock – but largely they are made in such a way that it is difficult to not compare to that album. I know it is always a temptation to do this with any Moby album, but I did try to shy away from it, believe me. Moby was well known for adapting his edgy sound to a commercially popular one – but appears to have found it difficult to go back again – and this album feels like a re-tracing of steps back to that glorious time.

“Going Wrong” is a real point in case. It is atmospheric, true – but it is very slow and laboured – it almost puts an unnecessary effort on the listener to try to stay with the plodding tempo and plodding piano chords. “The Perfect Life” is more uptempo, and almost gospel-like. It has a nice refrain, and bobs along well, but doesn’t really seem to go anywhere. “The Last Day” is a nice, almost “Play” B-side type of track. It has that all-too-familiar blues-style refrain and floating vocals from Skylar Gray (one of six guest vocalists on the album), but musically is not so different to those aforementioned tracks. Importantly, it wouldn’t replace any of them, if it had been created around that time.

Moby has plenty to offer, and of course, has produced some key tracks which have shaped the way electronic music has entered the mass consciousness – they are just not here on this album. It is a shame, but a sad fact, that the Gold medal artist of yesteryear is probably now failing to keep up with the pack – it would be great to see him amongst the medals again, but I don’t think it will be through trying to make “Play II”…