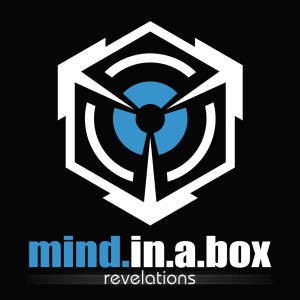 In their quest for musical and technical perfection, Stefan Poiss and Markus Hadwiger have reached a new state. Now even more atmospheric and mystical, “Revelations” feels like the darkest output to date from this Austrian electronic band.

Where past efforts have sported almost pop-like portions like “Change” or “Amnesia”, “Revelations” is more brooding and eerie, sending shivers of unease down my spine. Basic song structures are still present, but the tools used to build them have been lifted from slightly more ambient sheds.

An example of new Mind.in.a.box sounds is the firecracker “Doubt”, a dance bomb on any club floor. A more mellow favourite, “Control”, has me almost weeping, conveying irresistibly powerful emotions.

Mind.in.a.box still sound like themseves (and noone else) and the change in style I’ve mentioned is subtle. Nevertheless, it’s there and it shows the duo’s ability to alternate and present new ideas and soundscapes.