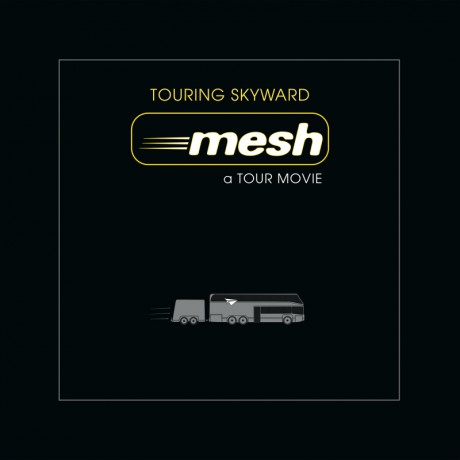 This Mesh live bluray has been a very long time coming. The tour it’s documenting took place four and a half years ago, and the band has been trying to finish this movie since then. Now it’s finally out, and it’s clearly a labour of love. It’s over three hours long, filled with excellent sounding music, interviews, behind the scenes footage and more.

I’m reviewing an online press edit so I can’t really speak on the surround sound quality, but it sounds great in stereo at least, with a delicate live mix where both vocals, drums and keyboards are given equal breathing space. The music is obviously touched up a bit afterwards, but it’s also obviously very live. The concert is professionally filmed from many different angles, and looks very crisp. The songs are plucked from several different gigs, so it’s not a complete concert, but I don’t have a problem with it – it gives us a more detailed impression from the tour.

There are interesting interviews with both Richard Silverthorn and Mark Hockings, where they talk about how they met, work together and more. There’s also a lot of behind the scenes footage from the tour, where the crew tells us how their department works, be it the synthesizers on stage, drums, or just general banter. Fun stuff if you’re a fan of the band but pretty par for the course in regards to live blurays.

You also get two CD:s with 23 songs recorded on tour, plus a 60 page photo booklet. It’s clearly worth the wait, and if you’re a fan of Mesh and have a bluray player it’s really a done deal. It’s also a sizable statement from the band, as not very many Release-related bands manage to release a live bluray. Here, Mesh is on another level.