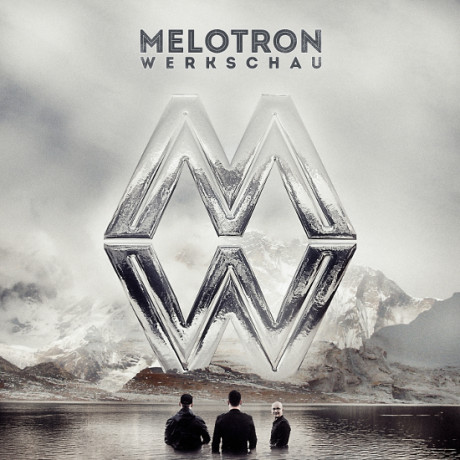 Melotron used to be one of my absolute favourite bands in the electronic pop genre. Solid songwriting, exquisite production and a great vocalist made them stand out from the rest, and I often put on classics like “Wohin” or “Folge mir ins Licht”. The latest albums have trailed off quite a bit in quality though, moving towards a more accessible and radio friendly but ultimately less interesting sound. So if you haven’t heard the band before you might think that “Werkschau” is a good entry point since it’s a sort of best of. Well, it really isn’t.

The band joined up with a producer Dirk Reigner to re-create some of the their old songs, and also to record some new ones. It seems like a great idea, but the execution is pretty poor, since all the edge of the older material has been smoothed off, and replaced with a washed out, weak imitation of itself. “Brüder” for example is almost painful to listen to on “Werkschau” because every good thing about it have been twisted into something else. The new songs sound better since I don’t have a point of reference, but they still just sort of “exist” without making a fuss. “Mir wird kalt wenn ich an dich denke” for example is a slow, jazzy number that is pretty cozy but ultimately does nothing for me. The latest single “Stuck in the Mirror” is awesome though, and has a lot more bite to it.

You’re a lot better off getting hold of the original songs in my opinion, but if you want to try it out, go for the version with 3 discs. There’s a lot more material in the same vein, as well as a long, spacey instrumental on disc 3.