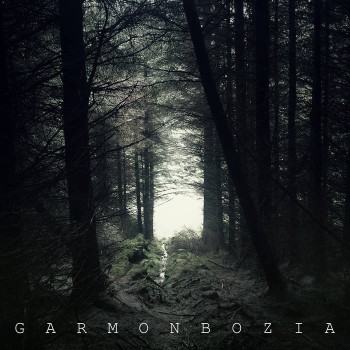 John Lindqwister and Richard Flow know how to strike while the iron is hot. The Swedes have toured and promoted their critically acclaimed debut effort “Xenoglossy” quite intensively. It is hard to imagine that, despite this hectic schedule, the duo has found time not only to create a new album, but to make such a bloody good one!

“Garmonbozia” holds a few new tricks, such as more guitar work, but basically it feeds off their fundamental strengths. Emotional, utterly clever melancholic electronic pop. “Picture Frame Eternity” and “Dark Heart of Me” start things off much like they ended on “Xenoglossy” with overwhelming, massive upbeat arena worthy dance bombs. Third track, the beautiful ballad “Brandbergen, Stockholm via Kalmar till Malmö”, shows that Lindqwister’s chords can work wonders in Swedish as well. What follows does not disappoint on any level; on the contrary, “Garmonbozia” delivers quality all the way.

Machinista have created a real name for themselves in a very short period of time and “Garmonbozia” will help open even more ears to their hauntingly dark, yet melodic synthpop. One can only hope for a third album next year.