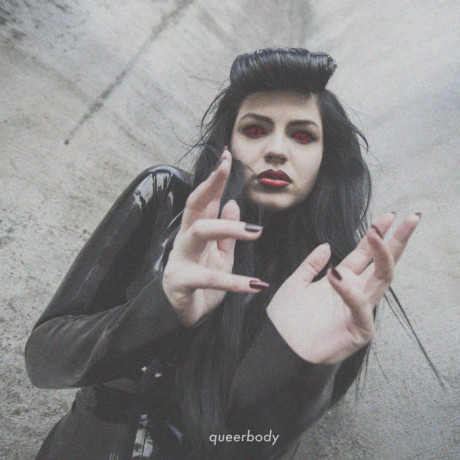 At seven songs and 27 minutes, “Queerbody” is a short album, but it’s also very effective and filled with attitude. Four minute songs circling around the newly invented queerbody genre, which musically falls somewhere between synthpop and EBM, influenced by the old Belgian genre new beat. The talented Swedish/Peruvian musician Lizette has been hanging out with both the queer and synth scene in Stockholm, and wanted to marry the two on this album. It’s a splendid debut, filled with dancey, edgy and moody synth tracks with catchy hooks and lots of atmosphere. Lizettes’ partner and co-producer Nicklas Stenemo from Kite lends his vocals to “Rest”, simply a stunning song.