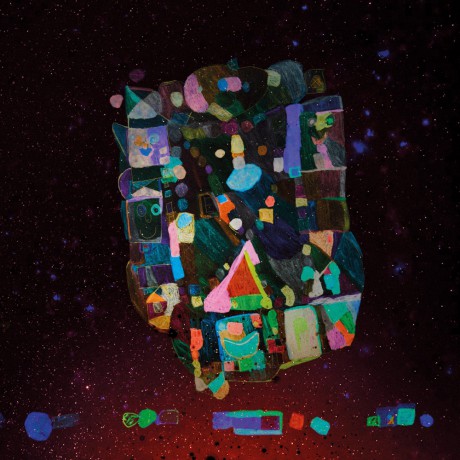 New Me, Same Us

The band I’ve held close to my heart ever since I saw them at Sonar all those years ago is back. Gothenburg’s home grown have made a name for themselves by slowly building in status year on year with solid festival performances and equally solid album releases, that have moved ever inwards from the leftfield, gaining more and more fans as they go.

“New Me, Same Us”, continues that trajectory, with the first track on the album ,”Hold on”, sounding like a modern take on disco music, complete with cowbell towards the end. “Rush” has something of the exotic style that harks back to earlier albums like “Nabuma Rubberband”, as does “Kids”, with some nice little effects like the slight detuning towards the end of the track. The layered vocals add a nice level of complexity in the track too.

One thing Little Dragon do really well are slow jams – the kind of lush keys and soulful vocals Yukimi can belt out seemingly effortlessly – probably a reason why so many of the world’s top producers and rap stars want to work with them. A prime example would be “Another Lover” – clever wordplay and liquid bass intact, another would be “Where You Belong”, towards the end of the album, which shines sun all over the production. “Stay Right Here” feels slightly different too, it’s slow, but has a more ethereal quality – slightly dreamlike, topped off by some excellent bass playing, which is consistently high quality throughout the album. Fredrick Wallin – credit is due.

It doesn’t all hit the heights though; “Every Rain” is another downtempo exploration which doesn’t really build any momentum, pleasant though it is. “Are You Feeling Sad” does the opposite, and takes in too many disparate sounds, creating a rather strange aural patchwork, just about held together by the insistent bass drum beat.

The good stuff then; “New Fiction” is a delight, and starts off a real peak in quality over the next few tracks. The combination of Yukimi’s vocals and the delightfully skipping bass, topped off with the insistent conga line on the chorus – I could have listened to it for a lot longer than the approximately four-and-a-half minutes of the album track. “Sadness” follows and is a complete surprise from the title. This track is not sad at all, rather a bouncy dance pop track that hooks you in and keeps you there till the last beats.

Special note to “Water”, the last track of the album. Many bands try to make their last flourishes of a long player memorable – very few manage it (let’s face it, how many albums can you think of where the last track is the best track?). I’m not saying this track is the best, but it certainly leaves a lasting impression as the music ends, and “Water” is by far the most appropriate title for this fluid little number.

So, what has moving to the Ninja Tune label done for the band? It seems quite a lot, they sound looser, more carefree and most importantly more sure of their own sound, without losing the edge. The best album to date? Not sure – I still love “Ritual Union”, but this runs it close.