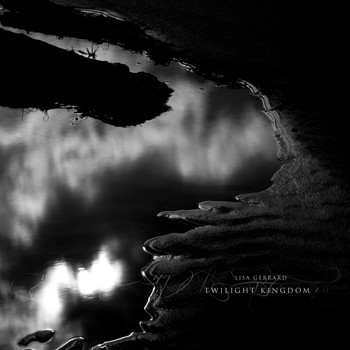 To most of Release’s readers Australian artist Lisa Gerrard is probably best known for her work in Dead Can Dance and for the general public her involvement in numerous movie soundtracks might have earned her most prominence and several awards. But she has also released a number of solo albums with various collaborators throughout her career. Release made an interview with Lisa back in the day, in connection to one of these solo albums.

“Twilight Kingdom” is her new album released on her own Gerrard Records. It features 10 tracks and she has worked with long time collaborator Patrick Cassidy, Daniel Johns, Astrid Williamson and has also incorporated words by fellow Australian Russell Crowe. Lisa contributed to the soundtrack of “Gladiator”. Speaking of words, the album is sung in English and also her own language Glosalalia, much like Enya uses Loxian. So there you have it – some background – now what does it sound like?

Unlike many albums lately, I find the album very coherent, it is not just a collection of songs, it is a journey – a homogenous entity. If you want to get a feel for what it sounds like, think of the opening of a fantasy or historic movie: a vast wilderness, maybe some plains with a mountain range in the distance. There we meet a group of travellers, uncertain whether they are human or not. The camera zooms in, but not too close and then pans away. Now, “Twilight Kingdom” is the entire score for that movie. It is slow, it is ethereal, filmic, haunting, with soundscapes building up and evolving. Looming over it all is Lisa Gerrard’s dramatic contralto, without ever being neither uninteresting nor bitter. It is very dark, both the themes and the voice; I wonder if it is so that Lisa uses a slightly lower tonal range on this album compared to previous albums.

The songs are quite similar and it is difficult to choose a favourite, but with the gun to my head I would choose “Out Kingdom Came” and “Seven Seas” – the latter being available as a free download. The songs are quite melodic, and completely without drums or even any percussive elements. It feels simplistic but is in fact quite intricate despite using few layers, you know that difficult line: how much is enough to convey a certain feeling or mood without becoming bombastic. “Twilight Kingdom” is far from bombastic, it is simply put beautiful. A song rarely moves me nowadays, but I admit, there were some tears in my eyes and I had to stop doing what I did while listening.

As I said, it is quite an even album, and for some 10 similar, filmic, slow songs might be too much in one go, for me it definetely works.