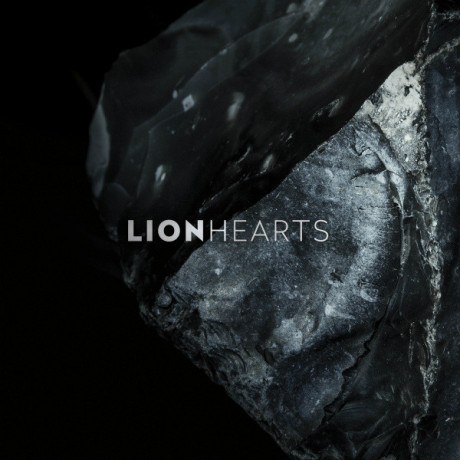 Frank M. Spinath have paused Seabound to team up with Hecq member Ben Lukas Boysen for the new Lionhearts project. However, with Spinath’s voice, it’s quite a task to differentiate this from the mothership project with Martin Vorbrodt. Especially when an old Seabound demo (“Murder”) is included (albeit reworked). The difference is still there once you get into the intricacies of “Lionhearts”.

This is essentially an album that requires attention. Quite a few moody instrumentals are woven into an eclectic mix of electropop and ambient in a tailor made contemporary costume. Far from the futurepop of early Seabound, Lionhearts rely more on mood and thoughtfulness. Seeing as it’s helmed by a professor of psychology, it makes a lot of sense. Spinath’s interest in people in general and abnormal tendencies in particular shine through in the lyrics but also in some of actual music. Intriguing and sophisticated, but certainly not for everyone.

I used to have a soft spot for Seabound, but as they went from cleverly built catchiness to more introverted structures, I lost some of my interest but maybe that’s just me. They are still interesting but I can’t hear the essence and melody from songs like “Avalost”, “Hooked” or “Watching over You” anymore. It’s becoming clear now with Lionhearts that Spinath has been the driving force behind this change. Maybe after this sidestep, Seabound will go back to their strenghts on upcoming adventures.