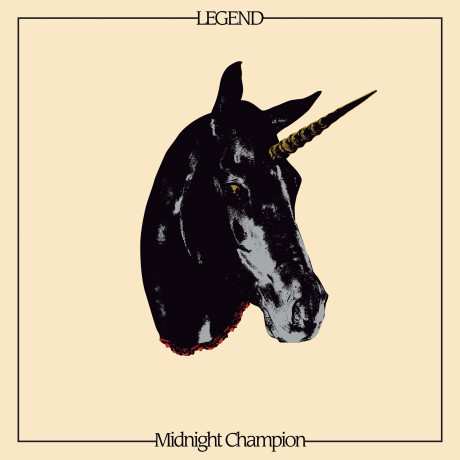 I’ll kick this review off by dropping a big cliché: Time flies! It’s already been five years since I got my hands (or ears) on Legend’s debut album “Fearless” in 2012.

This fine album totally blew me, and many others, away and naturally I was very curious to give the sequel a listen. I gave “Fearless” a 9 (out of 10) and my expectations were sky high.

So, what’s new then? At first; not much. The rock-electronica hybrid with Icelandic seasoning, that we were introduced to half a decade ago, is still there but this follow-up album is by no means any simple copy/paste concept. After a few listens the differences emerge; both song and sound wise.

Not that the tunes on “Fearless” were ever to be considered lightweight, but compared to what one encounters on the new full-length things have developed, in natural and pleasant directions. The songs feel more multilayered and the balance between the sonic elements have become more dynamic and detailed. On the precursor the music was compact and more like a backing track, while on “Midnight Champion” voice and instruments work better as a whole. Some may claim that the there are more guitars now, but I’d say they were there all the time. This time however, they’re a bit more prominent in the mix.

A big reason that “Midnight Champion” is more organic and a less electronic than “Fearless” is that the recording circumstances were quite different. The debut was recorded with a very limited budget so e.g. drums were sampled. On the new album, the band were able to record more live; e.g. hammering live drums, seven string guitars and five string basses.

The effect on the sound is very evident; taking the tunes from the Gary Numan-esque neighborhood to a somewhat more post-metal and progressive one. Of course; the synths and the electronic arrangements are still there but the improved production has a great impact on the songs as a whole. Overall the listening experience is denser and more in your face, yet still far from over compressed and never overshadowing the strong voice of Krummi Björgvinsson.

I’ve always felt that Legend’s compositional skills, both musically and lyrically, are way above the genre standard. On “Midnight Champion” it is even more evident that both Björgvinsson and Dóri Björnsson have a much wider range of inspirational input sources than most acts. I won’t make a fool out of myself trying to spot them here. The bottom line is that Krummi and Dóri manage to draw from these sources and present something strong and different, something very Legend.