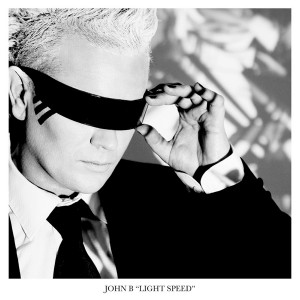 John B has previously created fun, energetic breakbeat pop for massive parties around the world. He’s been voted the world’s #2 DJ by DJ Mag, and has been touring and gigging almost everywhere. For this album, he’s gone a little bit more progressive, flirting with trance and generally a toned down sense of humour. John B calls it “trance and bass”.

John B doesn’t always do what’s hip or expected. He’s always had a healthy dollop of eighties music on his tracks – he’s also remixed eighties icon Howard Jones – still very much evident on for example “Robot Lover”, a frenetic, vocoder heavy party anthem that is also a leading single. And as I said, he’s now venturing into trance, a dance genre that is not very trendy at the moment. I’m just so happy that he seems to be doing exactly what he wants to do, regardless of what’s “in” right now. Which would be dubstep or house.

The album has a nice flow to it, with the tracks moving in and out of each other effortlessly, but I have a complaint to make. For a genre that’s so dominated by beats – ie breakbeat – John B is not very good at them. Most of the time, he just sets a beat for a track, and then he goes with it. No variations whatsoever. This creates a slightly claustrophobic, lifeless feeling, and I feel the songs would get more dynamic with a little more effort in this area.

One song is of extra interest for Swedes like myself, because synth band Code 64 has contributed to “The Journey”, an epic nine minute piece that goes to a lot of places. As implied by the title. Luckily it’s also one of the finer moments on “Light Speed”.

So, there are no tracks like “Take Me Home” here, but the album contains some crushing dance tracks as well as some more chilled out pieces. Neat.