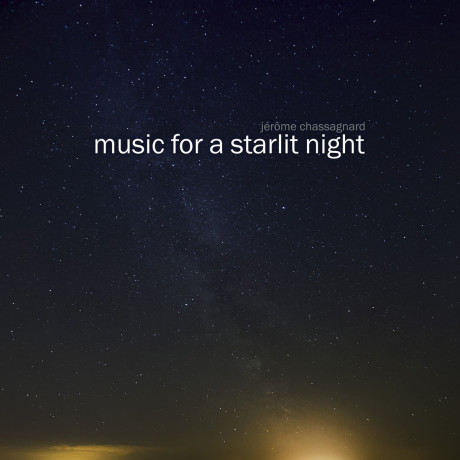 Music for a Starlit Night

If deeply atmospheric music is what you are looking for, “Music for a Starlit Night” may just be your thing. The album plays along the classical/ambient electronic line, and does so in a quite accomplished way, thanks to the expertise of the composer. It is stated that the album, which was created completely at night, should be listened to while under a starry sky, but failing that I would say with your eyes closed and a bit of imagination are good substitutes.

A good pair of headphones, the best you can get in fact, would also make a difference to this very textural album. Like on “Your Eyes”, this works best track, with its deep bass sounds rumbling below a high range single key line reminiscent of the stars twinkling away in the firmament.

There are no real standout tracks here, as it is best listened to as a whole. However “Bright” is suitably less ambient enough to make it a little different to what has gone before, while “UFO” takes a more abstract IDM approach with a playful bouncy beat.

One thing that I think is noticeable – the tracks are much less peaceful and serene than you may expect for a night out looking at the stars. In fact a number of the tracks are quite dark and spooky (take for example “Stardust” with its owl hooting refrain), a night out with some of these tracks might put me more on edge than in the mood for a spot of star-gazing.

A good, solid album overall, which if played as intended may make for an interesting, if at times unsettling experience.