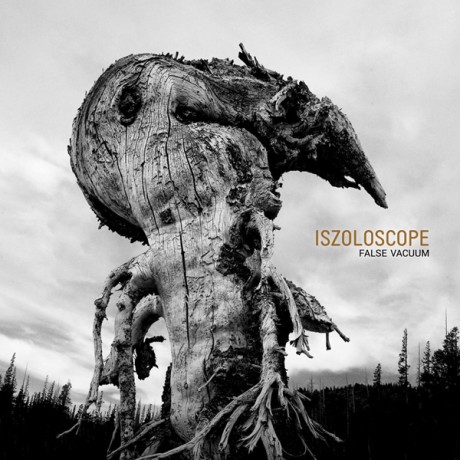 Iszoloscope is an artist known for creating industrial music of the highest order, and this is the 7th album. There is a difference with this release though, as the artist (formally known as Yann Faussurier), has taken his time over everything, allowing a variety of styles and influences to seep into the music.

“Chronophage” has a nice contrast between chiming tinkly bells and darkly sinister ambience before a thumping industrial rhythm kicks in. It is very well constructed, and just builds and builds. “Spectral Inverter” starts in a similar vein, but veers off into more ambient techno territory – with pumping beats and acid-style rhythms overlayed with angelic female voices – moving in both senses of the word.

“Experimenting with Truth (Solve)”, relinquishes the beats altogether, and acts almost as a very interesting long intro into the next track “Faint Negative Charge”, my favourite of the set. It is composed, concise, and grooves along nicely – in a more industrial mid-career Prodigy kind of way. “Vacuum Metastability”, is also very pleasing, with its drum’n'bass stylings formed into the industrial soundscape.

Most tracks here seem to follow a formula – slow start to a frenzy of rhythm, which means at times it becomes a bit predictable, but the sounds and ideas within the tracks keep things interesting. I especially like it when the artist lets go a little – listen to the wailing electronics of “Absolute and Eternal Moral Nighttime” to get an idea of what I mean.

Iszoloscope is clever at building a track, and has created a very listenable and danceable album. It’s worthy of adding to his catalogue, and your listening device.