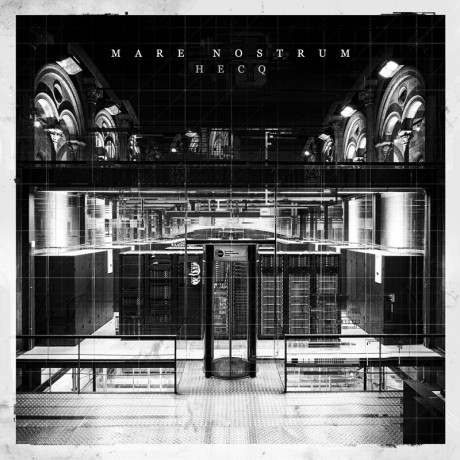 An interesting one this one. This is an album made by sound recordist Ben Lukas Boysen, otherwise known as Hecq. It doesn’t use instruments or anything like that, it is based solely around the sounds of Marenostrum – the ninth biggest supercomputer in the world.

As you can tell – not an ordinary album. What Hecq does is take the sounds directly from circuits, turning them into ambient abstract noise compositions. One of the skillful things he manages to do across the four lengthy compositions (here the tracks are presented as four near-twenty minute pieces, simply titled I-IV), is create an ambient soundscape of the hums, clicks and processes of the computer as it goes about its business.

There is little to distinguish one track from another in terms of structure or style, but what they do very well are to appear trance-like, letting you focus on different elements at your own leisure, revealing hidden depths and layers as you listen – a little like peeling away skins from a sonic onion.

What you have here, essentially, are four audio paintings – which many on first listen may find slightly alien and even unsettling. For those who stay with the tracks though and and are exposed to all that the pictures have to reveal, there is a strange beauty within the computer layers, especially at the end of the fourth recording, which is as beautiful as anything I have heard in recent years. It is almost like the circuits are speaking to you, or to anybody who cares to listen…