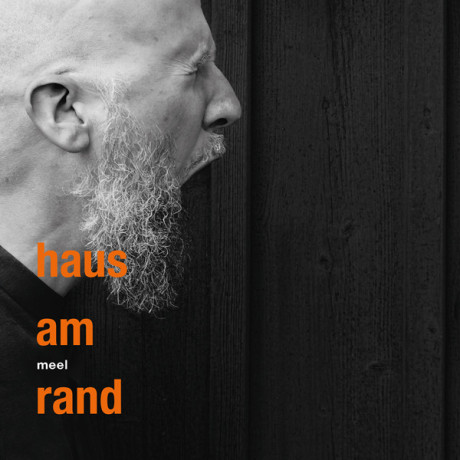 The man behind new project Haus am Rand is Swede Jan Carleklev, who has worked on projects such as Mago, Azure Skies and of course the Cold Meat Industry band Sanctum.

There is an interesting industrial ambience to the album, which make it both stimulating yet abrasive at the same time. This strange juxtaposition make the tracks quite challenging in a way – not so much in the title track opener, but if you listen to “The Light of Other Days”, you will see what I mean. There is quite beautiful electronic scale work, which is pounced upon by slow, crunching beats and Carleklev’s own heavily distorted voice.

“Headscape” ramps up the beats, creating an altogether different beast – it’s interesting, but a little short, and doesn’t seem to sit well between the other tracks, coming after the previously mentioned effort, and a very ambient “Wanderlust”, which is probably my favourite of the set.

“Radioteori” has interesting use of repetitive elements, using the artist’s voice well, making for an interesting and stimulating track. In contrast “All They Need” seems laboured and a little too heavily distorted – a shame as there are some nice elements. “Utopian Parkway” rounds things off quite satisfactorily with another reasonable effort, though a few of the elements from previous tracks seem to revisit here – maybe intentionally, but it makes it feel a little like repetitive.

It’s a satisfying album, though only some tracks here I think I will continue to listen to in the future, if I’m honest.