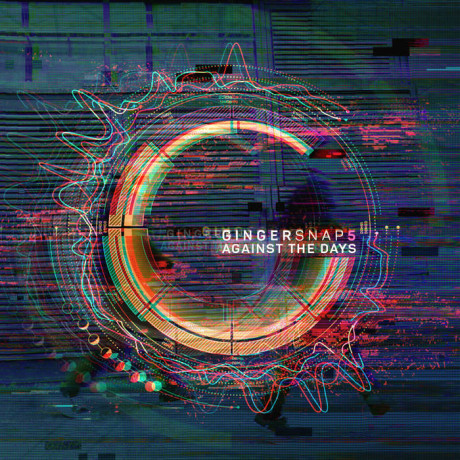 Ginger Snap5 is something rather unusual, namely an electronic band from Ukraine. Drawing the somewhat cheesy name from the horror movie ”Ginger Snaps”, this duo from Odessa consisting of Roman Soroka and Alex Pavluk, concocts a politically charged blend of modern synthpop and futurepop, laden with autotuned vocals.

Mixing up the album by including two interludes, ”Against the Days” features thirteen songs that all should go down well on the darker dance floors of the world. Great hooks and slick production as well as mostly uptempo ”hits” make this a pretty rewarding affair.

”Waiting for…” in particular bounces its way straight to my heart, with its ”action chorus” and Roman’s broken English making this the standout track. Some other tracks are a bit hit and miss, but I have to say the average is impressive. ”I Disappear”, ”Polaris” and a bunch more are sure fire dance floor stompers.

Personally I would prefer a somewhat lesser dependency on autotune, but it also kind of works with the supercharged electronic backdrop.