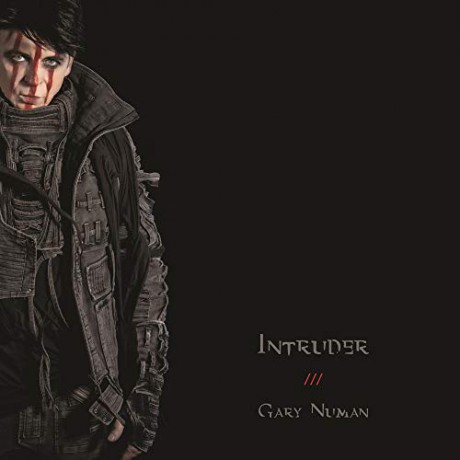 Gary Numan has always been ahead of the curve. He was driving “Cars” into the horizon long before the rest of the world decided to catch up. By the time it did, of course Numan had long since ventured off to different shores. Now it seems that Numan has decided to stop being Neo and paused for a moment, taking stock of this pandemic-inflicted, greenhouse planet, and not liking at all what he sees. In fact this album is a bit of a concept, as he channels the fury of the earth into one of his most invigorated and powerful albums.

The titles tell you it all – “Betrayed”, “Is This World not Enough” and of course the title track “Intruder” – Gary’s decided to keep his “Friends Electric” in the background for the moment, in order to take aim at those that have left the world in such a mess. In a time when (most) people are finally waking up to the plight of plastic-filled oceans, melting ice and, at the same time, fresh water shortage, Numan voices the planet’s concerns in no uncertain terms.

“Betrayed” sets the tone, howls emanating before Numan’s characteristic vocals kick in. It is claustrophobic, slightly robotic (naturally), but an atmosphere of menace is achieved, and maintained through the set. To be honest, Numan is so good at this that for the first few tracks I was entertained, but not really blown away. Then came “Intruder”.

The title track knocked me off my seat. Lyrically it is astute, and pitched to hit you straight between the eyes. The build up is slow, deliberate – with pauses built in before the lyrics are delivered, for maximum effect. Later on, “Saints and Liars” delivers the knockout blow, switching up tempo, slowing it down, adding heavy metal guitars, turning them into synth lines, all backed up by a simple yet powerful chorus to create one of Numan’s most insistent tracks in years. More like Prodigy using Anthrax’s equipment than early electro.

Most tracks are backed up by heavy sonics, a deep bass end and some mid tempo drums, with Numan using his vocal delivery to cover the higher end of the scale for that dramatic effect. It is a formula he has used and relied on a lot, but it works for him.

There are some nice variations on this album though – take “Is This World not Enough”, which drops out in the middle to a simple female “woo-woo” refrain, on “A Black Sun” fading out into some simple piano notes before everything kicks off again. For some, especially casual listeners, this could make the tracks sound same-y, when actually it shows that Numan knows exactly what works for him and his fans. Like a good book or fine wine, repeated listening will reveal new depths and hidden elements. Remember this man has long been a master of his game. For 45 years to be exact.

Some formats have extra tracks “When You Fall” on deluxe CD, vinyl, cassette and digital – I would go for the vinyl and digital version with the sumptuous Alt version of “The End of Dragons” which for me is far superior to the original version.

This is another solid album from Numan and just like “Savage” from 2017, one that should broaden the minds of those people who still just want to listen to the classics.