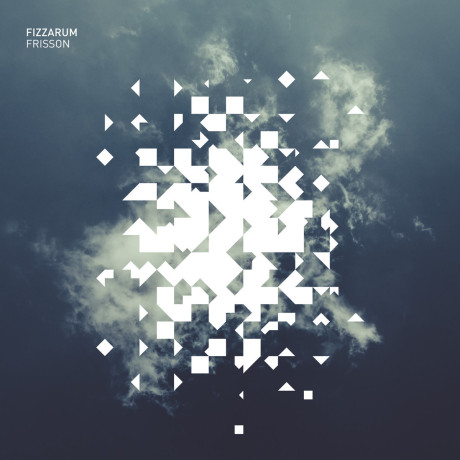 “Frisson” is only the second album from Russians Dmitry Dubov and Albert Rasyulis. This might not seem that intriguing, but consider that this St. Petersburg outfit was founded in 1996, and the band called Fizzarum become much more of an interesting idea.

“Pavasaris” is an intriguing mixture of out-of-focus electronics, à la Boards of Canada, complete with electronic birdsong. This then sigues into the the rather upbeat and bouncy “I Am Still a Kid”.

“Multividum” is like early Autechre, fizzing off and popping in multiple directions, all the while the rhythm does its best to avoid teetering off a tightrope of sound. On the whole the tracks are listenable, yet always challenging, warm yet unsettling too. There is happiness, melancholy (“Achilies”), and complexity (“Multividum”, “Olovo” and “Breeze”). Above all, the tracks play a nice balance between sounding familiar, while remaining alien, all at the same time.

“Verez” I like a lot, it has the whole dark/light balance sewn up – and the industrial cowbell sound chiming throughout keeps things ticking along nicely. Then before you know it the Boards of Canada sounds are floating back and the whole thing sounds like a kaliedoscope of an early 90:s Warp Records warehouse rave.

For a band that few have probably come across before, this really is an album of delicious electronics that many bleep addicts will find hard to resist. If you like the music of old Warp and Skam, I think you are probably in for a treat. I personally couldn’t be happier I chanced across this fine release. Not quite a classic album, but one for those who prefer their music a little more IDM than EDM.