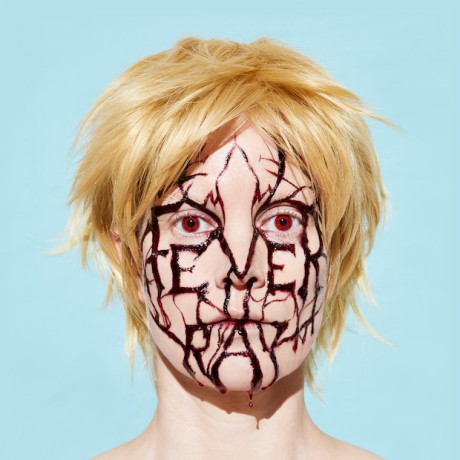 Almost unexpectedly, Fever Ray is back – 8 years after the critically acclaimed debut. Preceded only a week before by the first single “To the Moon and Back”, and a couple of videos, what’s to be found on this album?

Simply put, some absolutely cracking experimental electronic pop. Tracks like “IDK About You” and the soon-to-be-discussed opener “Wanna Sip” highlight some of the most upbeat, different tracks I’ve heard in seemingly ages, and they are most welcome. “The Moon and Back” is tight, punchy and full of fire (and some powerfully-explicit lyrics to boot). Fever Ray has upped a gear, and I’m ready.

So, about “Wanna Sip” then – it is a stunning apocalyptic rave track which starts off with the lyrics ” I wanna love you but you’re not making it easy”. I guess the mood that builds up through the track highlights this very frustration. The track shows anger, venom, and those ear shattering pitch-shifting rave stabs – as powerful an opening track as I have heard in years.

The themes of love and anger permeate the album, with Karin Dreijer sounding on fine form with her vocals pushed high into the mix. This confidence comes across on tracks like “This Country”, where lyrics include lines about awakening fighting spirit, free abortions and clean water and refrains of “it is not hard to love me”, all the while a woozy backing of electronic plinky-plonk keys keep things experimental.

“Mustn’t Hurry” features more of the trademark Karin Dreijer vocals we are all used to; the backing remains very electronic, though the tempo dropped to a much more 80:s ballad rhythm. “Red Trails” follows a similar mournful mood, though is much more haunting sonically. The quality of Karin’s voice is displayed freely here, and must be one of her most accomplished vocal performances to date, The Knife and Röyksopp included of course.

The best track of this album featuring amazing word play and strong vocal delivery actually turns out to be the instrumental title track – kind of fitting on an album full of surprises. The mood is slightly sci-fi, and while still mildly unsettling, provides blissful moments of musicianship.

To sum up – an unexpected, vital album which will probably end up being one of the year’s best.