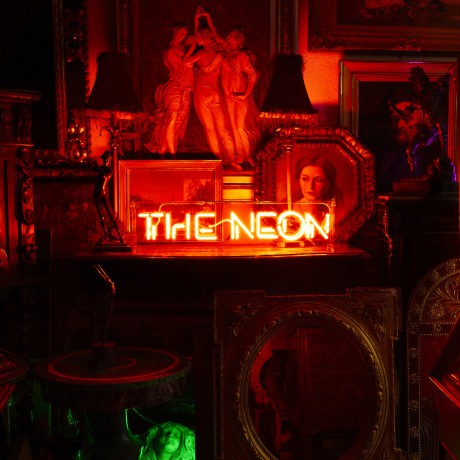 Sometimes I feel like I’ve been taking crazy pills. I mean, “The Neon” is all right, but some people are hyping it up to the extreme, even comparing it to “Chorus”. And that is of course pure bollocks. In fact, the first two singles I actively disliked. They were bland to say the least, and I didn’t like the way Andy was singing; sort of shouty, and sort of rock’n’roll-ish. A bit too American perhaps? After repeated listening, that point still stands, but other songs on the album have started to grow on me.

There is no song on this that rivals any of the tracks on “Chorus” in any way, shape or form. However, “The Neon” sounds better – and a lot more like old school Erasure – than the last couple of albums. So perhaps people are just ecstatic to witness a return to form. Or maybe I’m wrong. And it is kind of hard to describe what I don’t enjoy about it, but there’s just something off with the songs and they don’t grab me as much. Also, Vince Clarke’s synthesizer skills are not as subtle and smooth as they used to be, even a bit clunky at times.

As I’m writing this, it’s clear that the album is their most successful in a very long time, even reaching number four in the UK album charts and they’re headed for the enormous O2 Arena, so obviously people like what they hear. There are some strong tracks on it like “Tower of Love” and “Diamond Lies” and good (but not great) Erasure is a damn sight better than no Erasure. So I’ll take it.