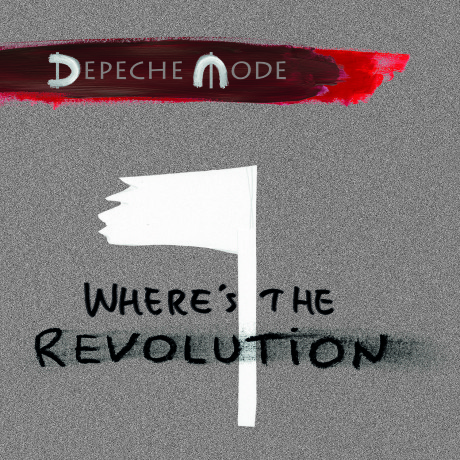 For the last 30 or so years I have always had a tingling sensation of anticipation the days before a new Depeche Mode release. For some reason I didn’t this time. I’m not sure why, I have been let down previously but “Delta Machine” was quite enjoyable.

Anyhow, a few minutes after midnight on February 3, I listened to the new Depeche Mode single “Where’s the Revolution” for the first time and my initial reaction was not that positive. I thought: Gahh, more of the slow tempo preaching I found so annoying on the last albums.

But the lyrical approach was new: a very political content, a refreshing statement. The sound felt new compared to the Hillier trilogy, so perhaps James Ford is a good producer choice. After listening to the track ten times, I felt my initial thoughts of the track were confirmed. An average Depeche Mode track, no wow factor but still well produced. But nowhere near previous first singles like “Precious” and “Wrong” of late. There are parts I like, for instance the various sounds are well produced on their own, a lot of energy has obviously been put into the programming. And finally, the percussive parts are allowed to take a more prominent place, although the hi-hats feel a bit outside the mix. Also, the glittering arpeggios are nice.

Then there are some aspects I don’t like so much, the bassline is a bit bland and follows the chords and guitar quite close – I would have preferred if it stood out more. There are a lot of bits and pieces in the song and they are well produced as I said, but sometimes two sounds which sound a bit off or lame on their own can be fantastic when combined. That’s where a really great producer comes in, to say stop and pick what works as a unit and not only on their own – I miss that a bit here.

But my main grievances with the track are that, although the powerful chorus stands out of course, I miss a really strong melody, or hook even. And I dislike the style of the vocals, not to mention the artwork. I think Dave has a fantastic voice but lately his approach seems repetitive, almost saying or preaching the words instead of actually singing them. Artists like Nick Cave does that much better, and Dave did it much better in “Angel”, for instance. Words, words, words…, up a few notes and then twist it with some creaking or gnarling even at the end of the line. I prefer when he really sings like in “Precious”, “Wrong” and “Alone” and not squeezing out every syllable.

At first I didn’t think that the transition from verse to chorus was really good, but after 50 times it grows on me with the non typical, off beat drums and the “I Feel You” like bass stabs, and that is a very good sign. I even like the bayou swamp guitar in the bridge. However, I don’t know what to think of the train part, better leave that kind of train stuff to Bill Drummond and Jimmy Cauty of the KLF…

All in all a decent track, not a hit for me, but a step forward compared to for instance the horrid “Soothe My Soul”, but not nearly as interesting as previous first singles from recent albums. “Where’s the Revolution” managed to spark a slight tingling feel of anticipation for the forthcoming album. And the percussion is back!