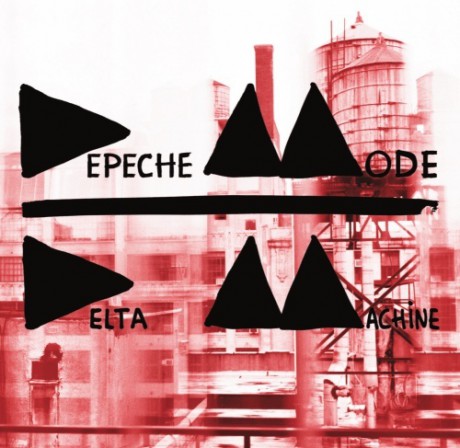 I’ve been trying my best to forgive and forget “Sounds of the Universe”. In some ways I do pity Depeche Mode a bit. After all; pretty much every single fan consider that album to be the definitive all time low regarding the group’s output. Now, the elders are back with “Delta Machine” and they are definitely back on their feet.

Quite a while ago we were given a hint of the sound of this new album. The track “Angel” played at last year’s press conference was the very first evidence and this one track actually contains more edge and energy than the predecessor had altogether, including bonus discs, digital bonus downloads and other PR trickeries. The tunes on this brand new album are far more interesting and inspiring. Actually; the weaker songs on “Delta Machine” are still better than the “not as bad compared to the other worse ones”-tunes on the 2009 release. Songs are well written in general and the quite raw electronic sound is quite well produced. However, at times it feels like the production team has been a bit too eager to state the band’s importance as an influence for obscure electronica. In some passages there are a few too many effects, even for my analog fetish standards. Of course, Depeche Mode have always been about layering sounds but on the classical releases the mixes were more balanced in a wall-of-sound manner. On “Delta Machine” the sonic image is harsher. This is probably intentional and something that maybe will grow over time but during my first 4-5 listens to the songs I sometimes found that some effects are disturbing the actual balance of the songs. Much of the analog tweaking has been arranged by Swedish programmer Christopher Berg and he was actually hired for this purpose. Personally I still find it a bit odd that a band with an image of being godfathers of the genre needs to hire this capacity after 33 years in the business.

The album is, like most releases these days, delivered in different formats and with different sets of bonuses. While this review is written with the standard edition in mind I still urge you not to ignore the bonus disc. For instance, the song “Happens All the Time” could have taken the place of some of the weaker tracks on the main album.

Once again, Dave Gahan’s song input is not to be diminished; quite the contrary. Gahan songs like the excellent “Should Be Higher” tend to have vocal parts stretching a bit farther away from the somewhat over-repeated Depeche Mode formula. His lyrics are not as moulded like the generally stricter Gore harmonies. Also lyric-wise Dave Gahan has grown into a position where he brings fresh expressions to the Mode table. He is not as focused on the semi catholic ambition/carnal desires/righteousness thing as his band mate. Some might consider his lyrics a bit more light-weight but I personally find them rather straightforward and honest while Gore’s sometimes appear a bit too tailored to meet the expectations of the fans.

These new songs are an overall enjoyable experience. Not mindblowing, but a pleasant mix of blues and electronic pop music. Despite the fact that I find the songs a bit uneven at times, Depeche Mode now feel vivid again, moving themselves and their music forward. The band has referenced “Violator” and “Songs of Faith and Devotion”. Don’t hold your breath; “Delta Machine” is not up there. While the album works as a whole I cannot see myself falling into any Depeche hysteria, putting it on repeat for a week.