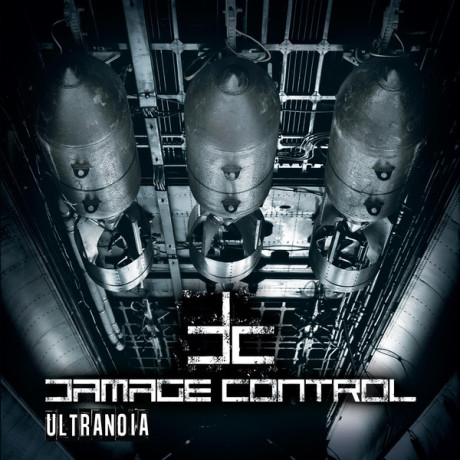 Damage Control is a quartet made up of people from all over the globe. Bill Barsby and Damian Davis are based in Australia, Jason Podmore in the UK and Markus App in Germany. They’ve met and collaborated online, and are united in their love for Front Line Assembly and classic old school industrial.

For their debut album they got hold of ex-FLA member Chris Peterson and his partner in his current project Ohm – Craig Huxtable, and asked if they would like to help out. And they did! Chris has produced and mixed the entire album, and they both have contributed song writing and in Craig’s case vocals on ”City of Ruins” and ”Trauma” as well. FLA mixer and general sound genius Greg Reely has also worked on it.

The result is an accomplished debut album, very much in the style of FLA and that vibe of electronic industrial. There’s a wide range of sounds and moods, like a mix of FLA, Skinny Puppy and Noise Unit. I’m in love with this type of clean but somehow at the same time dirty electronics, and Chris’ mixing makes sure every little detail comes out, making repeated listens rewarding. And there are a lot of attention to these details, from small analogue bleeps to quirky samples and weird noises in the background just waiting to be discovered.

The Ohm penned ”Angst” is heavy as a ton of bricks, with its slow, groovy beat and washes of electronic pads that just escalates more and more underneath (I’m guessing) Markus’ German vocoder vocals. A favourite to be sure. Other standout tracks are the upbeat dance stomper ”Hate Crime”, destined to stir shit up on the dark dance floors of the world, and ”World in Decline” – also a dancey number, weirdly at the same time as being reminiscent of Puppy.

”Ultranoia” is a promising start to this project, and it makes me anxious to hear more both from them and from Ohm.