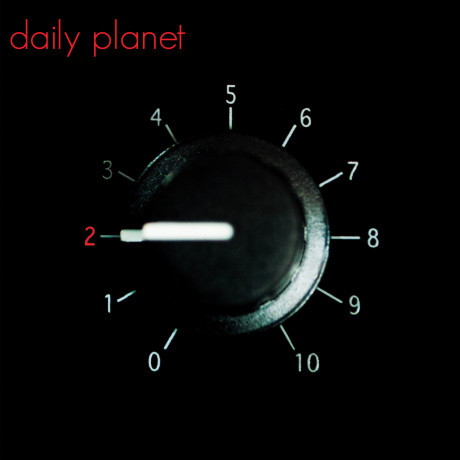 All the way back in 1996 Daily Planet released one of the best synthpop albums ever made. It was called “The Tide” and consisted of 13 perfectly formed electronic pop songs in the vein of old school Erasure and Yazoo, bursting with analogue bliss. Then nothing happened, and the band called it quits. Until now.

So, it’s safe to say we’ve waited a looong time for the sequel. We’re “övervänt” (over-waited) as people say here in northern Sweden, and my excitement knew no bounds when I finally got the promo.

So, was it worth the wait? Well, yes, although “Two” is not quite as perfect as the debut album. Sound mechanic Johan Bäckström and singer Jarmo Ollila still manage to create sublime pop songs with the proper amount of bleeps and bloops, but the tempo is a bit too slow at times, and “Stay with Me” is too cheesy even for me. The songs aren’t quite as fully formed as on the debut and I’d like to see more upbeat, bouncy tracks. Luckily there are some very strong tracks like “Afraid” , “Trust” and “Nobody’s Friend” to balance that out and are great examples of the “earbug” qualities that Daily Planet like to show off.

When all is said and done, this is a strong return for the band, and hopefully they will keep it up this time around.