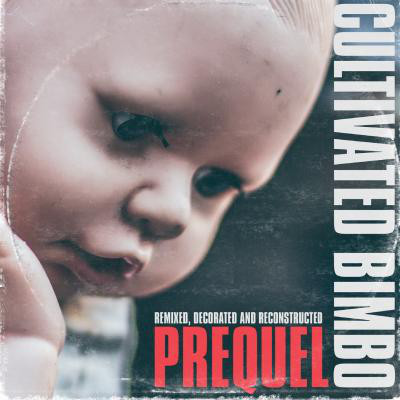 Honestly, I don’t have a lot of history with Cultivated Bimbo. Of course I have heard them, but my only personal connection was seeing them once at Kolingsborg in Stockholm in the early nineties. A guy stagedived right onto to the floor since no one was keen on catching him. And then we have their bouncy cover of Depeche Mode’s “New Life” on the classic “I Sometimes Wish I Was Famous” tribute album.

They were on the Swedish synth scene label Energy Rekords but their influences stretched from EBM and industrial to dance, hip hop and even hardcore. After their aptly named album “Album. 1995” which came out in… yes 1995, the band went silent. But now the band’s mastermind Joacim Thenander have redone, rerecorded and remade 12 old tracks, and here we are.

“Prequel” kicks off with an insane dance track called “Impulzus” and the album never let’s go after that. Full force ahead! Every track is aimed to fuck your brains out on the dance floor with furious beats and blistering bass lines. It’s classic EBM and techno with a modern touch, and it works gangbusters.