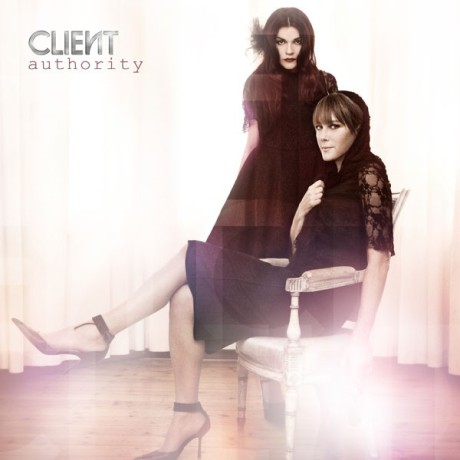 Client have returned. That’s right, the uniformed ladies are back, with a new line-up of members… sorry, Clients. Client A (Kate Holmes) have recruited another good vocalist: Nicole Thomas who takes on the role of Client N after the departure of Client B, making a grand total of 7 Clients to date. As you already know, Client are an English electronic music group. Their image is as important as their music, and it is possible to buy a host of different clothes based around their particular style. It is the music I am more concerned with, so let’s get to it…

“Authority” starts as the album means to go on, powerful, insistent, a pumping beat driving the keys and vocals forward. The electro elements which Client are renowned for are still definitely there, and the pop sensibility is still evident, “Design” being a good example of this. It is not powerful enough to quite become EDM or techno, but certainly a little more insistent and leftfield than pop – a nice track. “Refuge” is in a similar mould – it has elements of electronic in the non-sung parts, but is largely structured like a classic pop song when the singing kicks in. “The Shining Path” is an interesting number, as it follows a similar path to the other tracks, yet with a kind of glam rock swagger over ambient key washes.

It’s a pleasant album, and well-crafted, but I feel a few of the rough edges have been smoothed off, I think those edgy parts are a bit of a loss as that was what drew you to Client in the first place. “You Can Dance”, the lead single, is a key example of this – the music is slightly raw, the vocals strong, and the result, a track that has you where it wants you.

All in all, Client prove they are still a force to be reckoned with, and can survive member changes without it affecting their brand – it just feels that the layers of polish are starting to build up. I hope the electronic music path is the one they continue to steer down, and not the bright lights of pop and the mainstream, as their identity is a strong one, and one that I hope doesn’t get diluted along the way.