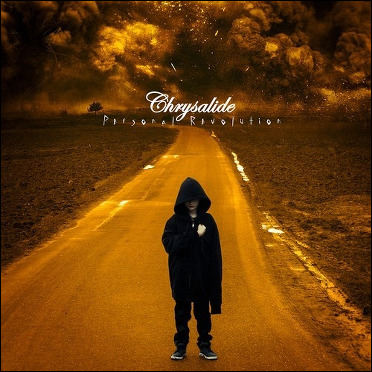 Skinny Puppy’s career can be split up in two distinct eras. Old school and new school, or perhaps before and after Dwayne Goettel. I’m partial to the old school myself, but apparently Chrysalide are fans of the latter era. A lot of the songs on “Personal Revolution” are eerily similar to the newer Puppy sound, but to be fair they’re very skilled at it.

Chrysalide’s sound is a mix of harsh noisy EBM and the aforementioned Puppy style. It’s very powerful when it works as in “Question Everything” – a beast of a track with an abrasive distorted bass that fills the entire space except for the anguished vocals, or in “We Are Not Cursed” with a sort of Combichrist edge to it. After that we’re in for a slightly bumpy ride where some tracks are so Puppy-esque it almost deters from the listening experience, but the highs are pretty high.

One thing I personally enjoy about “Personal Revolution” is that it’s very varied – both in tempo and style, and it’s obvious that the French band have lofty ambitions and wants to create something that’s not just “untz untz untz”. They also claimed the title of being the first band to create trap industrial in “All Demons” which was a bit shocking. It sort of works though, and it transforms into a Puppy-esque (yes, again) ballad after a while.

Chrysalide are working on erasing the Skinny Puppy comparisons, but they still have a way to go. In the meantime it’s still a skillfully produced, varied industrial album. And there aren’t too many of those these days.