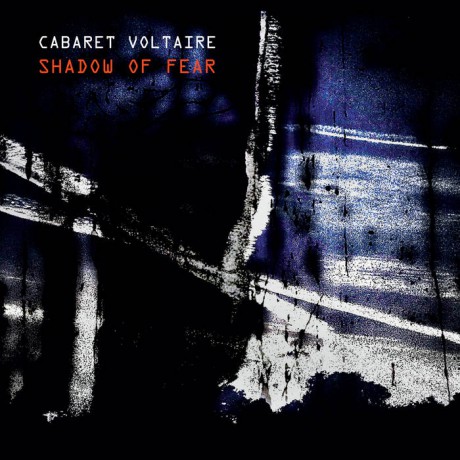 Cabaret Voltaire are back, with their first studio album in 26 years. When I say “their” I should actually just say “his”, now that Richard H. Kirk remains as the only remaining member. It is easy to underestimate how important to electronic music Kirk is, as his output forms the spine of the entire genre, certainly in the UK scene. Under a bewildering number of aliases, including the legendary Sweet Exorcist, Kirk has produced tracks which have defined what electronic music is and can be.

“Shadow of Fear” is an album that delights in the roots of the post-industrial sound that Cabaret Voltaire was originally born in. The output is definitely new, but is also definitely Voltaire. It has a lovely retro quality to it, largely because Kirk has eschewed modern technology to use his original equipment. It gives the music a lovely analogue feel and the tinny drum machine used on the second track “The Power (Of Their Knowledge)” sounds nice.

You will notice distorted, echoey vocals from the start – a feature that runs through the 8 tracks on offer. None quite capture your attention like the first though. “I did it, I killed him, by mistake!” is the start of “Be Free”, a dubby techno trip with added distorted guitar stabs. Though I have commented on the lo-fi-ness of the instruments already, one thing that can’t be denied is how masterfully sounds are coaxed out of them. Take for example “Microscopic Flesh Fragment”  which is probably my favourite track, and definitely my favourite track title of recent months. A stop start drum break is underpinned by a drone and what sounds like a Casio keyboard drum beat, before all manor of gloomy samples and synth wiggles take effect.

There are some strong grooves on show here. Just listen to “Night of the Jackal”, which would be just layers of samples and synth stabs if it wasn’t for the fluid rhythm section that pins everything together so well.  A slightly faster tempo effort is “Papa Nine Zero Delta United”, which marries orchestral sounds, industrial scrapes and distorted electrical guitar sounds and yet still sounds like a dancefloor hit. “What’s Goin’ on” uses a brass line and sample approach to fuel the album closer. All these tracks highlight Kirk’s approach to rhythm, and the dancefloor groove.

“Scariest intro” has to go to “Universal Energy”. I’m glad I first listened to the track in the morning with the lights on, rather than late night when I normally review, put it that way! What follows though is a monster in a different way – a disco-like pulsing rhythm and insistent groove that could be a distant cousin of “I Feel Love”. It morphs and shifts throughout its luxurious near 11-minute length without losing focus. I hope clubbing comes back soon enough for this to be played where it should be played. And while you’re there, you’ll want to hang around for “Vasto”, a track that will pummel you into submission with its insistent pounding kick drum beat and acid effected-acid squelches.

Do I love this album? I really do. It’s a welcome return from an electronic pioneer, who could still teach many a modern day producer a thing or two.