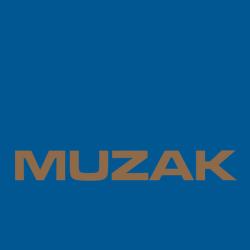 Muzak from the Hive Mind

It is very likely you have heard of Black Lung before. After all, this is but one of the numerous releases accredited to David Thrussell, Australian ambient and industrial musician, who is also known for his work as Soma and as part of Snog. This latest release is a concept album, the aim being to create a sonic sculpture that “embodied a brave new frontier of civic responsibility, engagement and inclusion”. A bold claim, but can it live up to it?

From the outset the sonic spectrum is noticeably vast and generally beautiful. It is very, very ambient – with little in the way of rhythm or beat structure – but listening to “Muzak from the Hive Mind (Part II)” (they are all named the same and split per track into parts), you get the sense of the aural textures involved in the pieces.

I especially like “Part IV” – it has a lovely underwater feel to it, which could also seem slightly alien too. The audio is so well recorded that you almost feel like you are immersed in the music, rather than just listening to it.  “Part VI”  sounded a little bit like listening to an excited R2D2 though, which spoilt the mood a little for me.

The press info states that this album is a “…full dynamic range recording”, and I am fully inclined to believe it – listen to “Part V” to get a sense of a track organically squirming and forming in front of your ears.

It is going to be a challenging listen for some, as a lot of people just don’t listen to music like this, if I’m brutally honest. Similarly it suffers the fate of many ambient albums, in that it struggles to keep your attention if played in one sitting. If you are one of the lucky ones that can, don a pair of good headphones and dive in, as it wouldn’t do it justice if you listened in any other way.