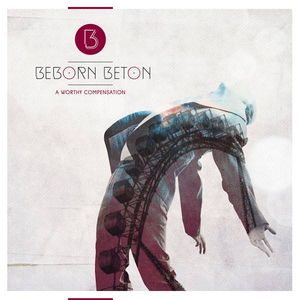 Discovering bands in the early nineties was an amazing thing. I first read about Beborn Beton in a 1993 printed issue of Release, where they briefly reviewed debut album “Tybalt”. The German band was described as a mixture of EBM and synthpop and as I found the CD on my next visit to legendary record store Skivhugget in Gothenburg I just had to listen to it. The rest, as they say, is history. My love affair with this enigmatic German trio has never faded since but, in all honesty, I did not expect such an overwhelming comeback.

On their early adventures Beborn Beton had an industrial edge and an experimental vein that made them sound like nothing else. Looking back now I would label them progressive synth. They often displayed a certain way of constructing songs that mesmerised me, building verse after verse lending way to an otherworldly instrumental part before changing tempo, bursting into exquisite chorus parts.

Lyrically, they rose above their competitors by writing intriguing stories inspired by sci-fi and horror. Listen to “Dr. Channard” off their timeless “Concrete Ground” album, for instance. “Nightfall”, their 1996 effort, saw them move towards softer territory, focusing more on melodies and pop sensibility. “Truth” was released the following year, continuing their quest for refinement before, in my personal opinion, they birthed their weakest work to date, the soft spoken, dreamy “Fake”. Too polished, they had lost some of their playful, quirky elements. “A Worthy Compensation”, basically, re-introduces their initial edge and combines it flawlessly with a commercial synthpop sound.

One of the tracks that show off their uniqueness most clearly is opener “Daisy Cutter”. Stefan Netschio’s punchy vocals, sounding better than ever by the way, hover over an eclectic electronic rhythm created by muscial mastermind Stefan Tillmann. Another blissful example is the infectious “She Cried”, an hommage to a successful Los Angeles gig, where the patented Beton formula once again throws me off my game. It simply needs to be heard. The same goes for the emotionally magnificent title track, a ballad-esque bomb with a song skeleton reminiscent of their early days paired with a spotless production by Olaf Wollschläger. I could go on as there is not one dull second on “A Worthy Compensation”, but it’s better to let you all hear this for yourselves. You have only yourself to blame if you are missing what very well could be the best synthpop album of 2015.

The album is released in a regular CD edition as well as a “complete” package with two CD:s and two vinyls including seven bonus tracks (with a brilliant Johnny Cash cover and a bunch of strong remixes) and a gorgeous packaging. “A Worthy Compensation” might sound cocky, but as it turns out, Beborn Beton knew exactly what they were creating and wanted the world to know it.