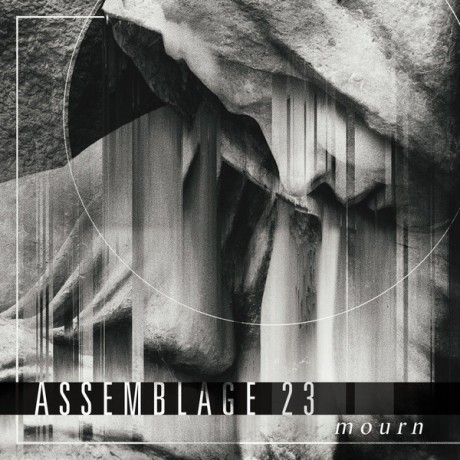 Tom Shear’s project of choice, Assemblage 23, has been steadily evolving and building momentum since the late eighties. 1999 saw the first official album release, “Contempt”, and he was swiftly picked up in Europe by Accession Records. Like quite a few bands in the electronic genre (VNV Nation come to mind), Assemblage 23 started out as a slightly more gritty industrial outfit only to move on to more melodic pop elements later in their career.

“Mourn”, album number ten is, like its most recent predecessors, electropop through and through. Nothing wrong with that, in fact I quite prefer it, but it’s getting hard to tell the last few albums apart musically. Brilliantly produced as always, Shear also manages to push his vocals on this album, giving it a broader range. Lyrically one feels at home with engaging tales of loss and betrayal. Every aspect of “Mourn” is so perfectly polished it always becomes boring. Luckily, the songs are all good enough to keep the interest alive. Not a dud on here.

Somewhere between classic synthpop and futurepop, Assemblage 23 have found their place and prove once again on “Mourn” that they belong at the very top. Still, I would love to hear Shear stretching beyond his comfort zone on the next release. We could be in for something truly unique if he does.