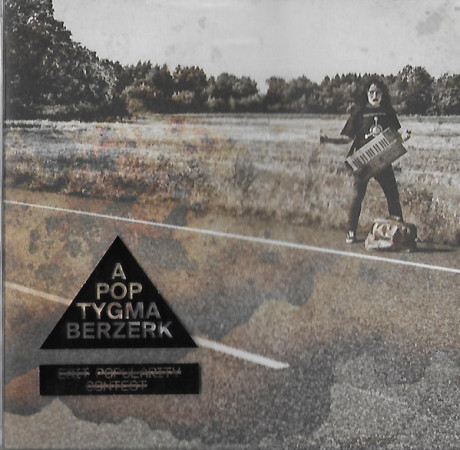 I know I am not the only one who has been praying for an electronic return by Stephan Groth and his popular Apoptygma Berzerk. While the last few arena rock albums have made them more of a household name outside the electronic genres, it was only a matter if time before Groth would revisit his roots. More or less a solo effort, “Exit Popularity Contest” is an instrumental, almost fully electronic, beast bearing influences from the 1970:s through to today’s hectic climate.

The only vocal performance on the album is a laid back, Kraftwerkian take on “Until the End of the World”, a more experimental version fitting in well with the rest of the album. “The Genesis 6 Experiment” combines vintage Jean-Michel Jarre aesthetics with kraut and a modern production to form a magnificent moody track full of mouth watering analogue synths. The same goes for “For Now We See Through a Glass, Darkly” where Stephan reuses a melody from Apoptygma classic “Burning Heretics” to great effect halfway through.

The more melodic songs are accompanied by purely experimental, quirky excursions like “Hegelian Dialetic” and “Stille når gruppe” reminiscent of Klaus Schulze, Tangerine Dream or the very early stages of Kraftwerk. Common for the entirety of “Exit Poularity Contest” is the use of old vintage synthesizers. The analogue feel is a huge part of its appeal as much time has most certainly been spent twiddling the right knobs, getting the sounds exactly right.

Apoptygma have gone through yet another transformation on this new album, but I sense it may only be a sidestep and more rock flavoured pop music lies ahead. As Groth has always written brilliant songs, I would have liked to see another vocal album based on electronic sounds. If the new version of “Until the End of the World” is anything to go by, we should all be very thrilled for the future of Apoptygma Berzerk.