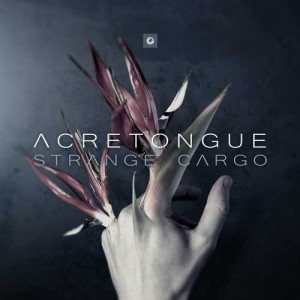 Acretongue is a one man project by South Africa resident Nico J. Electronic music from South Africa is not a very common occurrence, so it’s worth writing about all in itself. Luckily enough though, the album stands on its own merits. The style is reminiscent of Seabound, except maybe a bit more atmospheric and not as focused on dance beats. The music is complex and melodic, filled with strings, pads and machine rhythms grinding away. Excellently exemplified in “These Soft Machines”, which features all of the above, as well as piano and some flute like instrument joining in.

This is Nico’s second album, after his self released debut “Nihil” in 2007. I haven’t heard that album, but “Strange Cargo” displays maturity and musicality not often seen in this genre. I would however like some more depth, or “power” in the music. It seldom really lift off and soars; instead you get the feeling that you’re waiting for something. That said, Nico’s focus is clearly ambiance and atmosphere. There are exceptions though, such as “Amber” – a more powerful track where we get a nice buildup before the sweet crescendo at the end.

It’s refreshing to hear someone trying to do something different, which Acretongue succeeds with. I would like a bit more focused song writing, as it is now I can rarely remember a song when it’s finished.