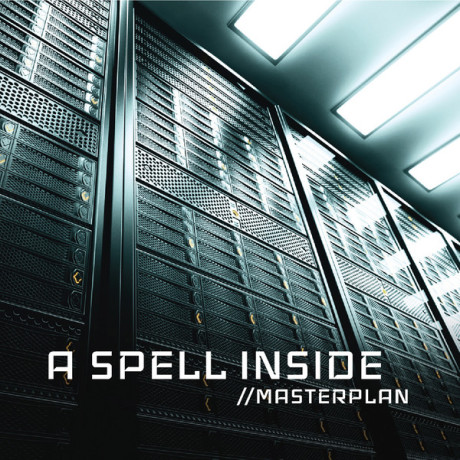 Michael Roeder has stamina, no doubt about it. Active musically since 1993 he has managed to maintain quality to all of his projects, regardless of who he is working with. A Spell Inside has been my favourite project of his since their goth infused debut EP “Return to Grey” in 1995. “Masterplan” is their sixth studio album and it sports all the trademark elements, most notably Roeder’s chanting vocals.

Ever since I heard their epic “Sinnbild” I have preferred them singing in their native tongue. This new album has less of that, and slightly weaker song material than the mighty “Autopilot” (2014). Still, the A Spell Inside cocktail is very refreshing in all its electropoppish catchiness. “The Grand Masquerade” is a shining example of this.

“Masterplan” wipes the floor with many of the newer bands in the genre, but can not quite measure up to earlier peaks. “Break”, the piece that starts the album, bodes well and builds hope that doesn’t quite continue throughout the remaining tracks. Still, A Spell Inside is right up there with the best German ekectropop bands.