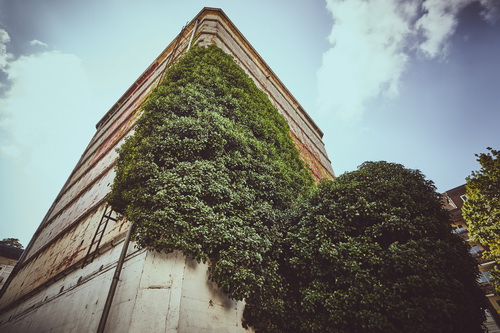 END_OF_DOCUMENT_TOKEN_TO_BE_REPLACED

It’s getting cold and dark here in Sweden. Sounds like the perfect time to rewind two months back to July and one of our favorite festivals, this year heated up to 35º C. The Release team reports from the 14th edition of the Cologne based festival Amphi, where we met and watched artists such as Midge Ure, And One, Priest, OMD, Oomph!, Aesthetic Perfection, A Projection – and drank gallons of water. END_OF_DOCUMENT_TOKEN_TO_BE_REPLACED

Release sat down with Uenala and HFN Music’s Philipp Brüning a few hours before the show at the Reeperbahn Festival and discussed how it is to take the role of the frontman, collaborative work and (not) letting go in the creative process. We also shot some exclusive pictures. END_OF_DOCUMENT_TOKEN_TO_BE_REPLACED

We spoke to Paul Hartnoll, one half of the legendary electronica group Orbital. Now they say you should never meet your heroes, but we can tell you that doesn’t apply here. So sit back and follow us through some interesting tales about everything from the new album to Brexit to the 90:s, including a couple exclusives.  END_OF_DOCUMENT_TOKEN_TO_BE_REPLACED

Welcome to the future – Front Line Assembly interviewed in Hamburg

We have interviewed Front Line Assembly numerous times but Bill Leeb and Rhys Fulber are as busy as always. There’s lots of new stuff to talk about like two FLA albums, a single with Robert Görl, a massive tour, Rhys’ solo album and new Delerium. We sat down with Bill Leeb in Hamburg for a long chat about creating gaming soundtracks, the upcoming album, collaborations and side projects. 34 years into his career – older and wiser – he also reflects on the past, and looks into the future. We also had a photo session with Bill and Rhys, and shot them live as well.

END_OF_DOCUMENT_TOKEN_TO_BE_REPLACED

Twentyfour years ago, De/Vision released their debut album “World without End” and the synthpop duo started six years prior. So 2018 they celebrate their 30th anniversary and when they made a stopover in Hamburg on their “Citybeats Tour” Release sat down with Thomas Adam from the band. He talked about their long career and diminishing record sales in the digital age. We also shot some exclusive interview and live pictures.

END_OF_DOCUMENT_TOKEN_TO_BE_REPLACED

Premiere for the new IAMX video in Release Magazine

We were selected as the Swedish partner for the premiere of the new IAMX video “Mile Deep Hollow” on December 13 19:00 CET. Watch it below. END_OF_DOCUMENT_TOKEN_TO_BE_REPLACED

However, rather than turning to the UK, the major new wave country in the 1980:s, one of the more interesting new acts has its origin in Italy. Release sat down in Hamburg with Turin based four-piece We Are Waves, who recently released their third album, “HOLD”, filled with flanger effects, lots of treble and mid frequencies, and chorus pedaled bass lines, bringing back memories of the early 1980:s. But their not after nostalgia, instead they want to make a fresh take inspired from the heroes of old like The Cure, Joy Division and Killing Joke and new music like Editors, Gesaffelstein and Moderat. END_OF_DOCUMENT_TOKEN_TO_BE_REPLACED

Best of 2018, according to Release

Check out the best albums, songs and newcomers from 2018, according to (most of the) Release writers. END_OF_DOCUMENT_TOKEN_TO_BE_REPLACED

After a five-year hiatus, Henric de La Cour returned with his third full-length solo album “Gimme Daggers” 2018. He describes the album was hardest to date to complete, but apparently the effort paid off as it is all over Release Magazine’s Best of 2018 lists. Peter Marchione from Release caught up with him at his gig at the Blå book release party in his native town Eskilstuna, Sweden – where it all began. END_OF_DOCUMENT_TOKEN_TO_BE_REPLACED