Swedish duo Daily Planet makes soft, melodic, very analogue synthpop and their 1996 debut “The Tide” is one of the strongest Swedish synthpop albums ever. After a 18 year hiatus they returned with the follow up “Two” a few years ago. And now they’ve just released album number three, which gets raving reviews including a nine in Release. We decided to catch up with Jarmo Ollila and Johan Baeckstrom.

The new album is called “Play Rewind Repeat” and its nice retro cover is made by designer Peter Nyborg (Automatic, Dead Eyes Open). Jarmo Ollila and Johan Baeckström stick to their sound, and break up a perfect forumla? One song features vocals Mac Austin, singer in the classic synthpop band White Door, a band that’s been a huge inspiration for Daily Planet with their only album “Windows”.

We’re happy it didn’t take another 18 years for this album. Have you done anything differently this time around? How do you work together?

Johan Baeckström: We’re also happy about that. It felt natural to get going right away with a follow-up to “Two”, because Jarmo had a lot of song ideas and I still felt creative and anxious to get going after my solo album was released. We’ve been working the same way we’re used to, by sending song ideas back and forth, although digitally today and not on tape as in the 90:s. When I had the basic arrangements ready we’ve met up in my studio to record Jarmo’s voice. When I’ve recorded my own vocals and finished the production we’ve called in Daniel Bergfalk who have helped us with the final mixing.

Does the album have theme of sorts?

JB: It’s not a concept album in any way. The theme was probably more to make a pop album as good as we could.

Jarmo Ollila: Hanna, my wife have contributed lyrics to the new album, as well as “Two”, and the lyrics touch different subjects. There’s no theme lyrically, but “Over Water” for example describes an increasingly worrying world and that it’s important to stay united against terror and violence. “Set Me Free” is about the demons a lot of us are fighting in different ways. “Fire in Me” is an homage for a person we miss. The lyrics are meant to be poetic and melancholic views of life.

How would you describe the sound of “Play Rewind Repeat”? How have you developed the sound?

JB: On some tracks I think you can see a darker tone than before, harmonically. We have a slightly more minimalist sound compared to the earlier albums, I think you could say, and the tempo has gone up a couple of BPM.

JO: The album contains classic Daily Planet songs, but this time around I’ve been exploring new ground regarding the chords, to create some dynamics in the song writing and to challenge Johan when he sits down to work on the material.

Tell us a bit about the collaboration with Mac Austin from White Door.

JB: It started with me getting in contact with Mac when I was doing a cover of their song “School Days” as a bonus track on one of my solo singles. Mac liked what I did, and then we started talking about doing something together, and Jarmo came up with the basis for “Heaven Opened” which felt totally right for Mac. He liked the song and wanted to guest on our album. We’re all very happy with how it turned out, and it’s a huge honour to have an idol on the album!

In what way has White Door’s only album “Window” inspired you?

JB: I’ve always loved “Windows” – the airyness, sounds and of course the great songs. Above all it’s the sound that’s inspired me the most though. It’s a shame it didn’t get more attention than it did, back in the days.

JO: For me “Windows” is one of the best records ever made in the genre. I discovered the album when it came out, and still think it holds up. White Door was one of the bands me and Johan both liked when we met and started Daily Planet. 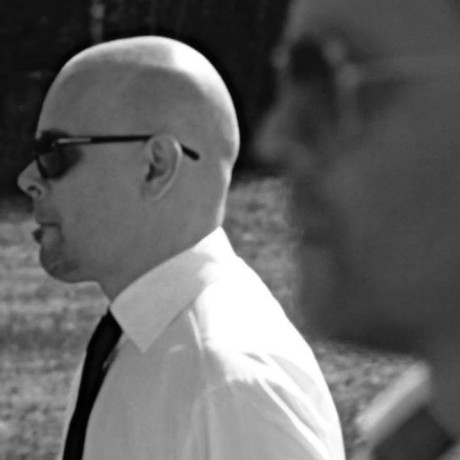 Do you have upcoming live plans? How does Daily Planet work outside of Sweden?

JB: No gigs are booked right now, but we’re always open to playing live. It’s a lot of fun to meet the fans face to face on stage. We regularly get messages from all over the world from people who appreciate our music, but our biggest fan base is in Sweden.

Do you have any more solo plans Johan?

JB: Absolutely, I’d love to release more solo material. A good amount is already on the drawing board but I can’t say much more right now. Keep an eye open.

JO: Right now there are no plans for a new album with Mr Jones Machine. Jouni presently lives in Kuala Lumpur and is busy with his magnificent solo project Burg, and the distance makes for a few logistical problems but our goodbye is not on your turntable yet. Just wait!